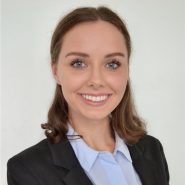 Claimants who do not have their habitual residence in an EU or an EEA Member State are obliged, to provide security for legal costs if the other party requests this (§ 110 ZPO -German Code of Civil Procedure). In a recent decision, the German Federal Court ruled whether this also applies if the annulment of an arbitral award is sought by way of counter-claim (BGH, Beschluss vom 23. September 2021 – I ZB 21/21). The facts were as follows:

The Higher Regional Court (Oberlandesgericht) Frankfurt am Main (Beschluss vom 31. Januar 2018 – 26 Sch 7/17) had affirmed the applicability of §§ 110 ff. ZPO on the isolated application for annulment submitted by the unsuccessful party in the arbitration. The Federal Supreme Court, so far, did not have to decide on this question in connection with the annulment of arbitral awards.

The applicant who is seated in Austria applied to the Higher Regional Court Frankfurt am Main for the declaration that the domestic award of an ICC arbitral tribunal against their Taiwanese opponent is enforceable. The opponent had been ordered to pay the applicant. By way of counterclaim, the Respondent applied for annulment of this arbitral award. The Higher Regional Court declared the award enforceable and rejected the application for the annulment (Beschluss vom 25 March 2021 – 26 Sch 18/20). In the Frankfurt proceedings, the applicant (claimant) had not requested that the respondent provided security for costs. However, when the respondent pursued the matter further to the BGH, the claimant requested that security should be provided so the BGH had the chance to consider whether this obligation also exists when the annulment of an award is only pursued by way of counterclaim.

The Federal Supreme Court opted for a narrow interpretation of sec. 110 ZPO and decided that merely the claimant as the attacker is obliged to provide security for costs, whereas the respondent’s counterattack by means of a counterclaim does not give rise to such obligation. According to the Federal Supreme Court, the opponent of the application (the respondent in the arbitral proceedings) does not rank equally with the claimant (“Kläger”) within the meaning of § 110 Abs. 1 ZPO.

In vain, the applicant argued that the present constellation differs from an action-and-counterclaim-constellation in that sense that a counterclaim requires an independent subject-matter, whilst the application for the declaration of enforceability also contains the implied assessment that there are no grounds for annulment. This is rather an argument confirming that not the opponent, but the applicant of the proceedings related to the declaration of enforceability, is the actual attacker.

The decision has clarified two essential constellations related to the declaration of enforceability and the annulment of an arbitral award:

▪ The party to the arbitration who filed an isolated application for the annulment of the arbitral award is obliged to provide security for costs pursuant to §§ 110 ff. ZPO.

▪ The party to the arbitration who seeks annulment as a counterclaim in the proceedings concerning the declaration of enforceability of an arbitral award is not obliged to provide security for costs because §§ 110 ff. ZPO are not applicable correspondingly.

Therefore, in some constellations it may be advantageous for the successful claimant in arbitration to wait before applying for declaration of enforceability and to see whether the respondent in arbitration files an application for annulment within the time limit prescribed in § 1059 Abs. 3 ZPO. If the respondent does so, the claimant may apply for a declaration of enforceability as a counterclaim.

However, the situation is different when the opponent of the arbitral proceedings seeks for the annulment of an adverse arbitral award – the Federal Supreme Court refers to a decision of the Higher Regional Court Frankfurt am Main (Beschluss vom 31. Januar 2018 – 26 Sch 7/17, juris). In those proceedings, the court has applied § 110 ZPO by analogy. The applicant, based in the United Arab Emirates, was required to make payment of security for costs. The court provided the explanation that annulment proceedings are a contradictory procedure including a compulsory oral hearing, in which the applicant and the opponent oppose one another same as claimant and respondent. Further, the court stated that the purpose of §§ 110 ff. ZPO – the protection of the respondent in the enforcement of his reimbursement claim and the prevention from difficulties related to the enforcement in a foreign country – could be transferred to annulment proceedings.

The provisions have practical relevance in annulment proceedings because ordering a security for costs pursuant to § 110 Abs. 2 Nr. 3 ZPO depends on whether the applicant possesses sufficient claims secured in rem or real estate in his domestic country to cover security for legal costs. Thus, the §§ 110 ff. ZPO are typically applicable when the successful party has no economic interest in a declaration of enforceability of the arbitral award in the domestic country, since the unsuccessful party does not have any domestic assets which could guarantee the enforcement access.